The Vietnam, be my hero campaign Launched

A new rhino awareness campaign that launched this month in 11 international schools throughout Ho Chi Minh City (HCMC), is calling on the young people of Vietnam to be superheroes and speak out against the use of rhino horn in their country.

This comes after a recent announcement by the South African government that 363 rhinos had already been poached in the first four months of 2016 in South Africa alone.

The Vietnam, be my hero campaign is the second phase of the Wild Rhino initiative -­‐  presented by Wilderness Foundation Africa (WFA) in partnership with Peace Parks Foundation (PPF) and Soul Music and  Performing  Arts Academy (SOUL) -­‐ initially launched in Vietnam in 2014. Through multimedia marketing channels, competitions and first-­‐hand African wildlife experiences, the Wild Rhino Initiative aims to teach the Vietnamese youth about rhino protection, and motivate them to become ambassadors for the cause.

The people of Vietnam are increasingly demonstrating a revitalised determination to support conservation and environmental reform. With the same inspired outlook, schools in HCMC welcomed the Vietnam, be my hero campaign, as an opportunity to engage the next generation in being part of the solution to environmental care, not only in their own country, but on a global scale.

This second phase of the Wild Rhino campaign builds on activities in 2014 and 2015 that saw 15 000 Vietnamese    youth from 12 international schools in Ho Chi Minh City introduced to the crisis of rhino poaching and invited to      enter the Wild Rhino Competition. Selected as the winners from  more  than  1500  entries,  22  Vietnamese  young people won a trip to South Africa for their first ever rhino experience, and to learn about conservation and species protection first-­‐hand. Inspired by what they saw and learnt, the young people committed themselves as true ambassadors for the cause. Following workshops and think tanks, it was through their insightful ideas and suggestions, that the Vietnam, be my hero Youth Awareness Campaign was born. Using the principle of peer-­‐ education, the campaign features the messages and thoughts of these youth ambassadors on posters, educational leaflets and other  marketing  materials  strategically  provided  and  positioned  throughout  the  schools.  Engagement and interaction is further enabled through the Wild Rhino website, Facebook profile and Instagram feed. Representatives of WFA, PPF and SOUL visited schools during the week of 13-­‐20 May to launch the campaign and urge  participation.

Said Dr Andrew Muir, CEO of WFA: “It was rewarding to see Vietnamese children of all ages embracing the idea that the rhino should also be a part of their heritage. There are no rhino left in Vietnam, and it is therefore the responsibility of all Vietnamese to help fight the rhino poaching crisis. We are proud to be working in Vietnam and are encouraged by the positive response we have received to this campaign.”

Adding to the impact of the campaign, is the support of famed local musician, Thanh Bui, CEO of SOUL. Passionate about change, Mr Bui stated:” “The new Vietnam, be my hero campaign is an incredible opportunity for the Vietnamese people to take responsibility for a world-­‐issue, and for us as a nation, to ‘right’ a devastating ‘wrong’.  I believe that we have a chance for redemption and to stop the demand for rhino horn. Vietnam can be the  hero of the rhino.”

Werner Myburgh, CEO of PPF, highlighted the significance of demand reduction within a multi-­‐faceted approach to solving the rhino poaching crisis: “With a general acceptance on the ground that there is no magic short-­‐term solution to end rhino poaching, we continue to engage  in  and  support  activities  that  address  critical  challenges along  the  illegal  rhino  horn  supply  chain -­‐     protecting  the  rhino;  disrupting  trafficking  networks;  and   reducing demand, with the latter being a major contributing factor to wildlife crime.”

The  Wild  Rhino  Initiative  forms  part  of  a  broader  5‐year  rolling  implementation  strategy  aimed  at  curbing  the demand for rhino horn in primary user countries such as Vietnam. 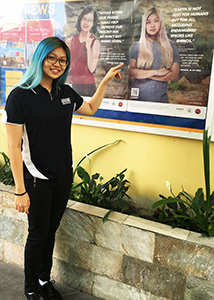 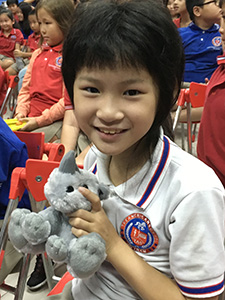