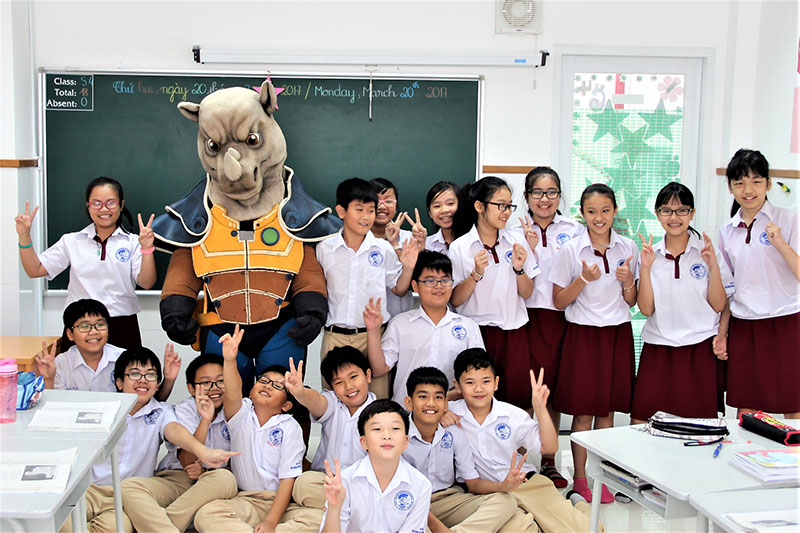 “I think that buying rhino horns just to show others that you are rich is unreasonable, It infuriates me that the world has to sacrifice rhinos just for a group of people wanting to basically show off their money.” These are the words of a young Vietnamese girl as written in a prize winning essay in the 2017 Wild Rhino competition. More and more, the next generation of decision-makers in Vietnam seek to speak up against environmental crimes such as rhino poaching, and a collaboration between Wilderness Foundation Africa (WFA), Peace Parks Foundation (PPF), and SOUL Music & Performing Arts Academy (SOUL) in Vietnam, is providing them with educational and social platforms to do just that.

This week, Wilderness Foundation Africa announced the winners of the Wild Rhino Competition run in collaboration with 11 international schools in Ho Chi Minh City, Vietnam. Eleven of the winners will soon be travelling to South Africa to experience rhino in their natural habitat as part of their prize. This competition is presented every two years as part of an ongoing rhino horn demand reduction campaign run by WFA, in partnership with PPF and SOUL.

In response to this, the Wild Rhino demand reduction campaign utilizes three separate yet cohesive components to educate and engage Vietnamese youth on the issue of rhino poaching. The overarching goal of these components, namely the Wild Rhino Competition, the Youth Ambassador Awareness and Education Campaign, and the Rhino Ranger Super Hero Campaign, is to incite passion for conservation, whilst motivating these young people to not use rhino horn. In addition, they are encouraged to assist in saving the rhino by becoming vocal ambassadors for the cause in their communities. The demand reduction campaign, which has been active in 11 participating schools in Ho Chi Minh City since the launch of the first Wild Rhino Competition in 2014, has reached about 15 000 Vietnamese youth directly, and nearly 1 million youth indirectly through campaign and youth ambassador social media activities

This year’s Wild Rhino competition invited junior students to enter by submitting a poem or a picture. Senior students entered by submitting an essay in which they had to respond to questions such as: “What would you say to stop someone from buying rhino horn?”; “What impact would it have if rhino became extinct?”; “What are the biggest myths about rhino horn, and how can you change it?”; and “How are you going to make a difference?”.

Nearly 1000 entries were received, with 22 junior winners and 11 senior winners announced. The senior winners will visit South Africa in July 2017, where they will spend a week on wilderness walking trails in the iMfolozi Game Reserve, followed by a workshop on the rhino poaching crisis facilitated by experts in conservation. This workshop equips the youngsters to return to Vietnam as dedicated ambassadors for the conservation and protection of rhino. In turn, it provides an opportunity for the campaign partners to learn about the social and scholastic habits of Vietnamese youth, enabling development and implementation of impactful strategies moving forward. 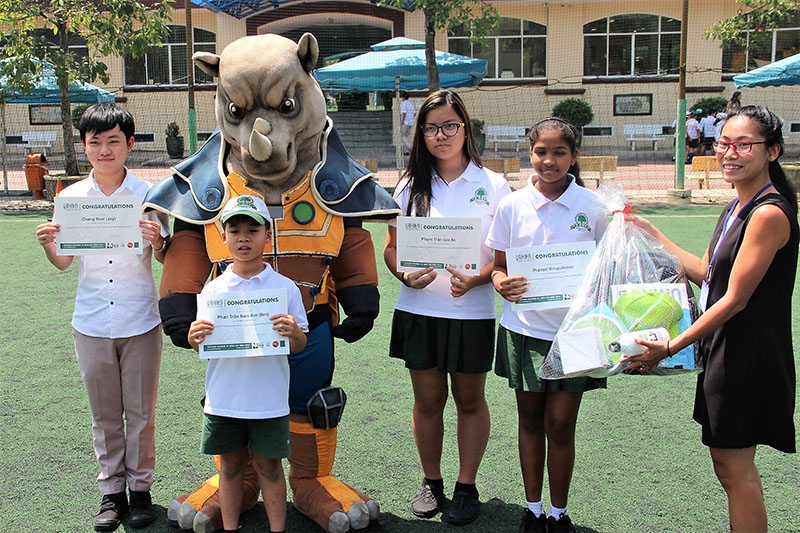