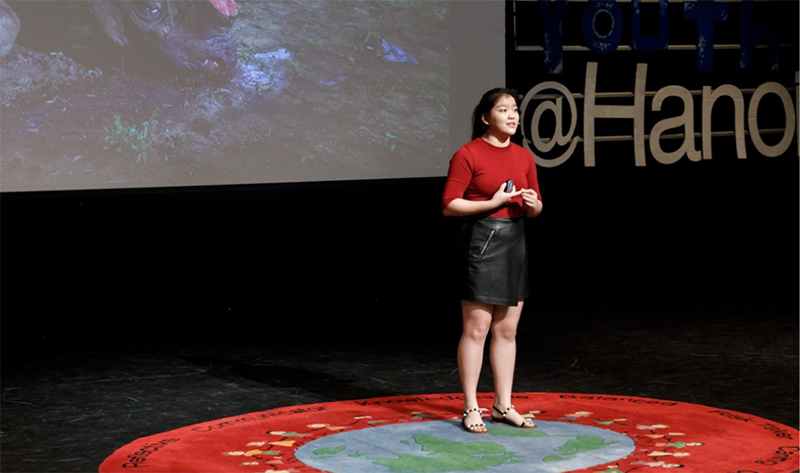 The demand for rhino horn in Asian countries remains one of the main driving forces behind the escalation in poaching of rhino in Southern Africa with more than 80% of illegally trafficked rhino horn passing through Vietnam either for local use or for export to other countries.

The Wild Rhino | Vietnam, Be my Hero campaign has been implemented in Vietnam since 2014 by Wilderness Foundation Africa in order to address this issue.  Part of this campaign includes developing school-going children from Vietnam to become Wild Rhino Youth Ambassadors.  These ambassadors play an active role in their communities in telling the story of rhino poaching and changing the mindset of those around them towards environmental issues, specifically wildlife crime.

Wild Rhino Youth Ambassador, Haryoung Cho, was recently invited to take part in a TEDx @ Hanoi event at the United Nations International School Hanoi, Vietnam. In her TEDx talk, Haryoung Cho used her own experience as a Wild Rhino Youth Ambassador to introduce how the issue of rhino poaching is not just an environmental issue, but how it is also a human issue that everyone should be aware of and should be caring for more actively.

This talk was given at a TEDx event using the TED conference format but independently organized by a local community.